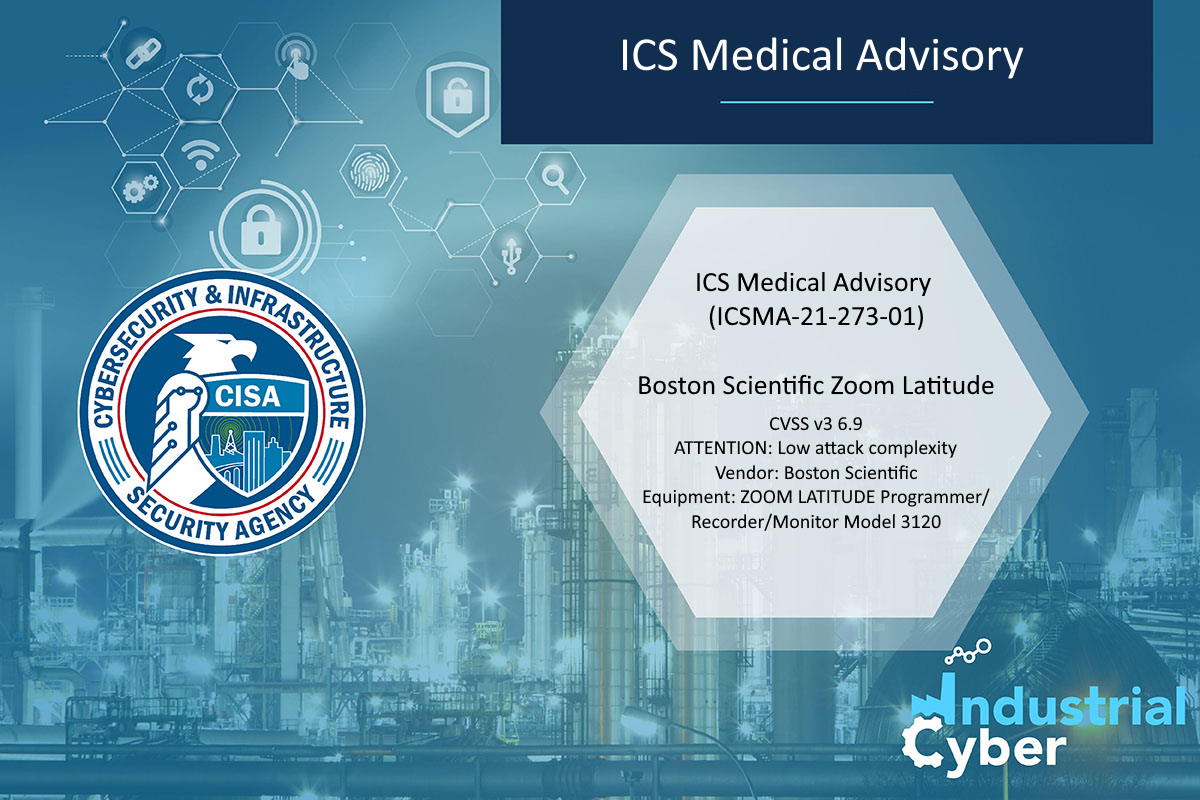 The Zoom Latitude PRM Model 3120 equipment consists of portable cardiac rhythm management systems, which are used to communicate with implanted pacemakers and defibrillators.

An attacker with physical access to the Zoom Latitude Model 3120 equipment can remove the hard disk drive or create a specially crafted USB to extract the password hash for brute force reverse engineering of the system password, CISA warned. In addition, a hacker with physical access to the device can extract the binary that checks for the hardware key and reverse engineer it, which could be used to create a physical duplicate of a valid hardware key. The hardware key allows access to special settings when inserted.

CISA also detected that a skilled attacker with physical access to the Zoom Latitude equipment can gain access to the hard disk drive of the device to change the telemetry region and could use this setting to interrogate or program an implantable device in any region in the world. Besides, the programmer installation utility does not perform cryptographic authenticity or integrity checks of the software on the flash drive. An attacker could leverage this weakness to install unauthorized software using a specially crafted USB.

The CISA advisory said that Boston Scientific is in the process of transitioning all users to the Latitude Programming System Model 3300, which will act as a replacement programmer with enhanced security. Boston Scientific will not issue a product update to address the identified vulnerabilities in the Zoom Latitude Model 3120.

To reduce the risk of exploitation, Boston Scientific recommends those still utilizing the Zoom Latitude PRM Model 3120 implement control access to the device and ensure all access is properly inventoried, maintain the device in a secure or locked location when not in use, and remove PHI prior to retiring or removing the device from the facility. Instructions for removing PHI are outlined in the operator’s manual. CISA reminds organizations to perform proper impact analysis and risk assessment prior to deploying defensive measures.