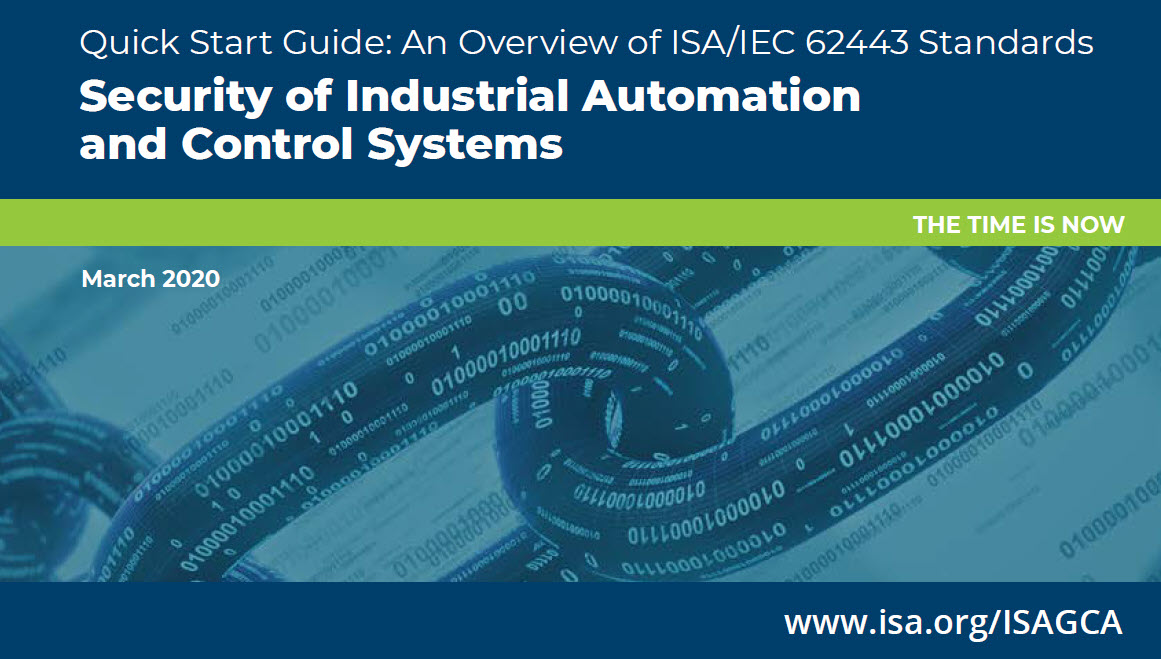 ISA Global Cybersecurity Alliance releases guide to ISA/IEC 62443 standards. In 2017, cybersecurity company Kapersky released a report looking at the state of industrial cybersecurity around the globe. The report, produced in part by B2B research company Business Advantage, revealed that the average cost of an attack on an industrial control system was $347,603. For larger companies with more than 500 employees, the average cost was even higher at $497,097.

However, today’s attacks on industrial control systems are costing more than financial resources. Documented attacks on critical infrastructure and manufacturing have resulted in injuries and in some cases even loss of life.

Fast forward to 2019 and Control Systems Cyber Security Association International released the results of a survey of 300 individuals responsible for the cybersecurity of industrial and automation systems. According to the report, roughly 1 percent of respondents admitted that a recent security incident at their organization resulted in injury and 1 percent said the incident led to loss of life.

For decades, the International Society of Automation, formerly known as the Instrumentation, Systems, and Automation Society, has been working to help organizations guard against cybersecurity threats. To this end, in 2019, ISA announced the formation of the ISA Global Cybersecurity Alliance to advance cybersecurity awareness, readiness, and knowledge sharing.

“The ICS cybersecurity threat landscape is becoming more complex, with more direct attacks on control system, IT, and OT infrastructure. Frequently backed by hostile nation-states, malevolent actors are becoming more sophisticated at targeting specific aspects of industrial control systems that have the potential to wreak havoc in the physical world, such as process safety systems,” said Larry O’Brien, Vice President of Research for ARC Advisory Group, a technology research firm, said in a press release announcing the new alliance. “Standards and frameworks are valuable, but end users also need the resources to take the guidance provided by standards and put it into practice in real-world plant and OT environments. ARC applauds this effort to increase the security of industrial facilities.” 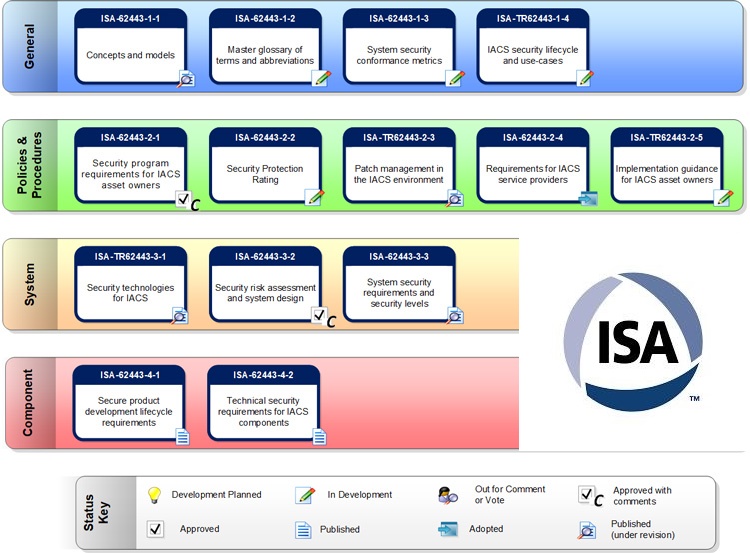 At the start of 2020, the alliance committed to producing an easy-to-follow, condensed guide to implementing the ISA/IEC 62443 series of standards as well as a consolidated matrix that cross-references all cybersecurity-related standards to ISA/IEC 62443 principles.

“Unifying and intensifying the work of experts around the world, regardless of affiliation, is a key part of ISAGCA’s mission. We believe that automation providers, cybersecurity vendors, asset owners, government agencies, research groups, and others involved in cybersecurity efforts are stronger together, collaborating to deliver solutions that meet the needs of industry today and tomorrow,” ISA Executive Director Mary Ramsey said in a January 2020 press release. “We are proud to bring together a diverse group of thought leaders to advance the state of cybersecurity.”

Here’s what you need to know about this new guide.

The first core concept covered in the guide is risk management, which involves the processes and technical requirements that are needed to secure the system, based on risk.

“The methodology used must be established by the Asset Owner and should be consistent with the overall risk assessment methodology of the organization,” the guide says.

This includes risk management which involves the partitioning of a system into smaller zones or a set of assets that share a common set of security requirements.

“A Zone is defined as a grouping of logical or physical assets based upon risk or other criteria such as criticality of assets, operational function, physical or logical location, required access, or responsible organization. A Conduit is defined as a logical grouping of communication channels that share common security requirements connecting two or more zones,” the guide says. “Partitioning the System Under Consideration into Zones and Conduits can also reduce overall risk by limiting the scope of a successful cyber-attack.”

Another core concept is security levels which relates to the level of confidence within an organization that the system under consideration, zone, or conduit is free from vulnerabilities and functions as intended.

The standards also focus on  design principles. The first of these is  the “Secure by Design” principle which dictates that security measures must be implemented early in the lifecyle of the IACS.

“The intent is that robust security policies, security architectures, and secure practices are established early in development and implemented throughout the lifecycle,” the guide says. “This design principle applies to both product development and Automation Solution development.  When using a secure by design philosophy, security measures operate natively within the Control System or Component without requiring the addition of compensating countermeasures.”

According to the guide, reducing the attack surface is a design principle that focuses on minimizing the physical and functional interfaces of an IACS that can be accessed and exposed to potential attack. This makes it more difficult for an attack to succeed.

Another design principle is “Defense in Depth” which is  defined as “the provision of multiple security protections, especially in layers, with the intent to delay or prevent an attack.”  This involves implementing multiple layers of security and detection which requires attackers to break through or bypass multiple layers without being detected.

According to the guide, there are two lifecycles defined in the ISA/IEC 62443 standards. However, while most of the standards are focused on either the product development lifecycle or the automation solution lifecycle, there are also standards focused on technical requirements for systems which cover both lifecycles. 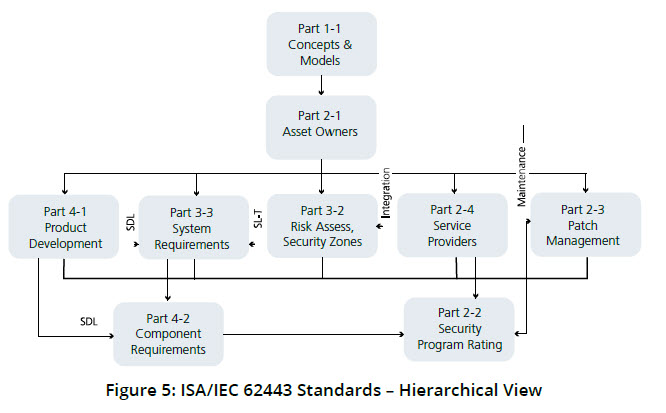 The automation solution lifecycle defines roles for integration service providers and maintenance service providers. The first phase is an integration phase which involves product development and the second phase is the operating and maintenance phase which includes things like patch management and other processes that are used to manage the industrial control system.

The nonprofit ISA Security Compliance Institute has developed several product certification programs for control systems and components. These ISASecure programs certify that various aspects of an operation have the capability to meet the requirements of the ISA/IEC 62443 standards.

Helio SantAna shares insights learned from leading Brazil’s critical infrastructure protection. “Cybersecurity was not a requirement when they were designing previous systems that run critical

The United States Cybersecurity and Infrastructure Security Agency released a series of security recommendations for reducing exposure across operational technologies and control systems. The alert

Oil and gas companies face a combination of common and unique challenges on the cybersecurity front, according to Jon Taylor, an assessment and testing services

According to a new report released by cybersecurity company Nozomi Networks, cyber threats against operational technology and Internet of Things infrastructure are increasing. The report, 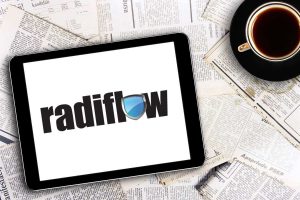 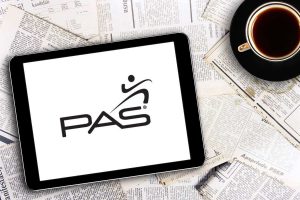 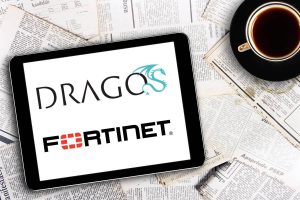