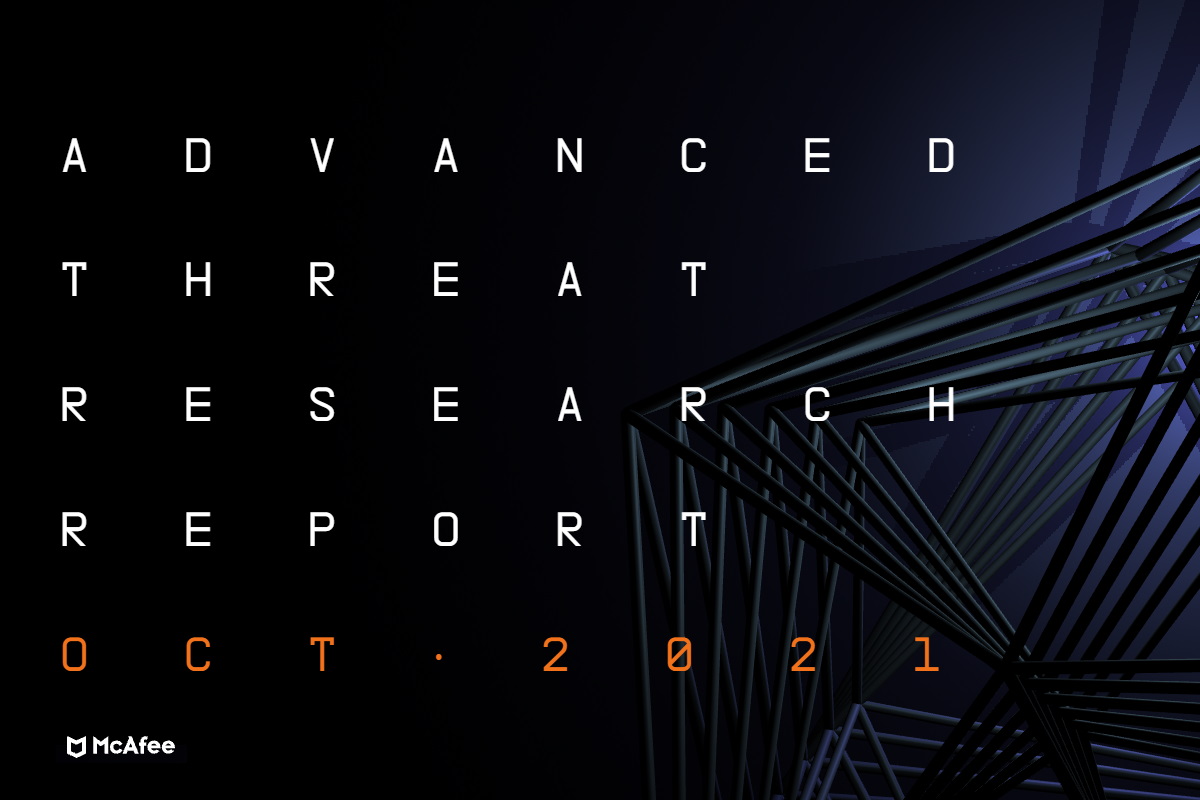 The second quarter of the year turned out to be a ‘vibrant quarter’ for ransomware incidents, starting with the high-profile cybersecurity attack on fuel pipeline company Colonial Pipeline. The pipeline incident spurred concern about cybersecurity threats in the critical infrastructure sector, even in the U.S. administration, according to a report released by McAfee Enterprise.

Apart from dealing with ransomware, of which 73 percent of detections in the second quarter related to the REvil/Sodinokibi ransomware family, the quarter also faced the challenges of shifting cloud security to accommodate a more flexible pandemic workforce and an increased workload, which presented cybercriminals with more potential exploits and targets.

In its report named ‘Advanced Threat Research Report: October 2021,’ McAfee analyzed cybercriminal activity related to ransomware and cloud threats in the second quarter. “With the shift to a more flexible pandemic workforce and the highly publicized Colonial Pipeline attack, cybercriminals introduced new – and updated – threats and tactics in campaigns targeting prominent sectors, such as Government, Financial Services and Entertainment,” the report added.

McAfee observed in its analysis that the political response to the impact of the Colonial Pipeline attack caused the DarkSide ransomware group to abruptly halt its operation. Several additional threat groups announced they would vet future targets and exclude certain sectors. Ransomware has evolved far beyond its origins, and cybercriminals have become smarter and quicker to pivot their tactics alongside a whole host of new bad-actor schemes, it added.

The Ryuk, REvil, Babuk, and Cuba ransomware incidents have actively deployed business models supporting others’ involvement to exploit common entry vectors and similar tools, McAfee said. These, and other groups and their affiliates, exploit common entry vectors and, in many cases, the tools we see being used to move within an environment are the same. Not long after DarkSide’s attack, the REvil gang stole the spotlight using a Sodinokibi payload in its ransomware attack on Kaseya, a global IT infrastructure provider. REvil/ Sodinokibi ransomware incidents topped McAfee’s list of ransomware detections in the second quarter.

As DarkSide and REvil ransomware incidents stepped back into the shadows after their high-profile attacks, the heir to DarkSide emerged in July with the BlackMatter ransomware that surfaced primarily in Italy, India, Luxembourg, Belgium, the U.S., Brazil, Thailand, the U.K., Finland, and Ireland as a ransomware-as-a-service (RaaS) affiliate program incorporating elements from DarkSide, REvil, and Lockbit ransomware, McAfee said.

Based on the code similarity of the binary and the resemblance of their public page to DarkSide, McAfee Enterprise strongly believes its silence, at the same time the BlackMatter group appeared, is more than coincidental, especially as it mirrors the same move made before and after REvil’s period of silence. “Despite these notable shifts in behavior, McAfee Enterprise’s global threat network identified a surge in DarkSide attacks from the group upon legal services, wholesale, and manufacturing targets in the United States,” McAfee said.

Last month, Fort Dodge, Iowa-based NEW Cooperative was targeted by the BlackMatter ransomware group. The attack led to the cooperative proactively taking “our systems offline to contain the threat, and we can confirm it has been successfully contained. We also quickly notified law enforcement and are working closely with data security experts to investigate and remediate the situation,” according to a company statement, at that time.

McAfee also pointed out that another ‘old’ ransomware that was noticed in mid-2021 was the LockBit 2.0 ransomware, which is an updated version of 2020’s LockBit with new features that automatically encrypt devices across the domain, exfiltrate data, and access systems over RDP, as well as the ability to recruit new affiliates from inside a target enterprise. Remote Desktop Protocol (RDP) is Microsoft’s proprietary network communications protocol that extends the International Telecommunication Union-Telecommunication (ITU-T) T.128 application sharing protocol, and allows PCs and devices running any operating system to connect to each other.

Ransomware developers introduced new campaigns as well. The Hive ransomware family was first observed in June of 2021 with prevalence in India, Belgium, Italy, the United States, Turkey, Thailand, Mexico, Germany, Colombia, and Ukraine, operating as a RaaS written in the Go language, and compromising healthcare and critical infrastructure organizations, McAfee pointed out.